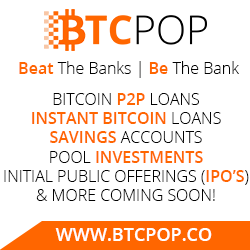 I do more and more altcoin trading instead of p2p lending. My ROI there is very bad, but I hope that main reason is an effect of expensive BTC (that put altcoins to very low prices). May be next month I will start to include trading into overview of my portfolio.

But let’s look how my p2p is doing.

* XIRR – Return of investments calculated by me, not by platform. Deposited, but not invested money makes negative impact to XIRR
** Risk Adjusted XIRR – XIRR after write off part of overdue and defaulted loan

COMMENTS on Euro based investments

Bondora. I reevaluated write-off strategy. This increased my risk adjusted return by 3%. I invest at Bondora over 3year, so some loans start to recover faster. Therefore I write off 70% of defaulted loans (before it was 80%) and 45% of overdue (before it was 50%). Bondora improved user interface (positive thing), but confirmed short switch on of Portfolio manager on Secondary market deals (that will lower interest of any active investing). Bondora is quite silence  🙂 , just after roundly one month of active communication via Facebook. I continue my exit strategy and do not invest on primary market.

Omaraha.  All stable and as expected. I am still happy. Looks there is less loans (or interest lowered by 1-2%), but it is still enough to employ my money. Omaraha told in forum, that they increased buyback on defaulted loans from 60% to 80% of outstanding principal (nice news).

FellowFinance.  I removed my investments

Twino.  Twino did changes in rounding math. That was not publicly announced. May be they think that it was a nominal change. But in fact they stopped secondary market and made not interesting at all any active investment. I plan to remove all my money from Twino by the end of June. Platform is still good to get 12-12.1% ROI with no time to manage investments, but I am trying to find better return.

My plans to check –  Mintos, Savy and Finbee.

Investments in crypro currencies and projects

BTCPOP: BTCPOP have payed insurance and that improved my planned return. Still my risk weighted return is negative, but I hope to recover. Many problems with withdraw are reported. That worries me, but I hope will be solved soon.

BTCJAM. All is quite ok.

Loanbase.  Big decrease in ROI as 2 of my investments went to default. Both are loans to good guy, I hope they will recover

NXT and NXT Assets. I decided move out from NXT assets.

SCRT coin. Price of SCRT went down. I start to have loses. The only hope is that developers who  are speaking about short switch on of platform and games (first in public test mode).

That is shortly how it goes. Thank you for reading!

p.s. about BTC investments — again looks  not I am a nice investor, just rise of price of BTC gives me an excellent ROI over 40%:) Ok,  I discount current BTC price when calculate ROI and may be my work is giving some positive result too, but rise of price is a perfect thing!